At 15:53 Office
... And so began a three month odyssey away from writing this novel, The Deep Blue Hold....
W
herein I try to explain why I stopped working on this novel.
The shortest answer is I gave up.
The short explanation is I struggle with mental health issues (MDD, GAD, PTSD) that paralyse me at times. When it happens, I’m not able to do much of anything. Don’t want to do anything and that includes things one might expect to enjoy.
For a while I spent time trying to create some thirty-second videos that would play a word puzzle like a crossword. Here’s the clue. Here’s the blank spaces. And after an interval, one of the letters would appear until all the letters appear. A bit of a crossword puzzle in that sometimes you come to a word where crossover words give you certain letters and you have to fill in the rest. A bit like that TV game show. A bit like hangman. 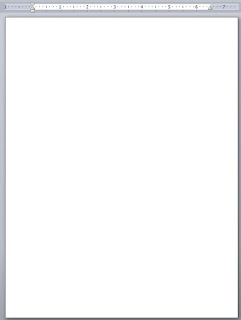 The problem with this idea is that the time intervals are arbitrary and people’s ability to solve a puzzle varies. It would work if the reader could click to determine when the next letter appears or click to show the entire solution. Once I realized that’s the way it should work, I stopped. Without looking, I’m sure there are websites, apps etc. that already do this.
Then I spent a number of weeks coding programs and using GiHub. I was writing in C, C++ and C#. Programming languages have a syntax similar to human language. Both are artificial, that is, made up. Both evolve. Most programming languages have authoritative bodies to govern the syntax and set rules, while the English language has no such authoritative body. The French try with their l’Académie française, but I don’t think it works. There is, however, one major difference, when writing a program you know if you get the syntax correct, there is certainty, but with English, you can only approach certainty.
And so began a three month odyssey away from writing this novel, The Deep Blue Hold.