...Even a story is based on real events, the writer must construct a proper narrative...

e've seen this story before even if this film is based on real events.

It's the early 1900s in England. A young, single woman is happy in her life with her family, middle class and all, but dreams of more. Fantasizes about adventure and glamour. She meets a man who seems to fit the bill, Percy. They get married, but married life is a bore. She meets another man and starts a passionate love affair. If only her husband were out of the picture, the two could live happily . But it's a time when divorce is out of the question. Scandal would erupt. She has a reputation to protect. Enter the notion of killing her husband. 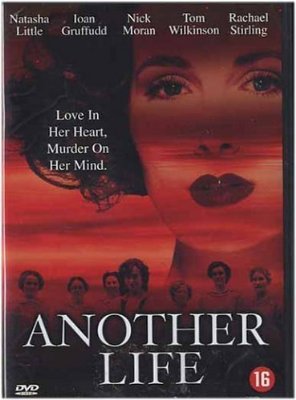 The suggestion is she tries to poison her husband and it fails. Then one late autumn evening, her lover comes as the husband and she walk down the street. In a flash, he's slashed with a knife and killed.

Act III. Quickly they are arrested. Brought to court. Sentence passed. They are both executed.

I read an online account of the real events. The murder happened October 2nd, 1932 and by January 9, 1933, the two were executed. Just over three months.

I suppose it would help if you know something about Edith Thompson, but it shouldn't. Act I is slow to get going even though it starts with a flash forward to the murder. What's presented at the start is too confusing to be interesting.

The story gets darker as it progresses from happy and carefree to death. What's presented in Act I doesn't mesh with what follows. It's as if two stories are presented. One a comic period piece, the other a drama with life and death. I found it hard to stay interested, and even when the notion of murdering her husband entered the story, I perked up but felt there was nothing original about the story line and there wasn't.

The court scene and final execution were rushed.

She had to be drugged and carried to the scaffold. Even as she was hysterical, I wasn't moved by it. There was no sense of right or wrong about the execution. It just happened. Another note in history.

Given the material to work with, I think a much better story could have been told.