...Was too much expected after the first film?...

idney Poitier is an icon and deservedly so, but not because of this movie. The title for this film comes from a line from one of those movies, but if I have to explain that, well...

Mister Tibbs is a detective working in San Francisco. He has a wife and two young children. Part of the story is the typical husband/father absent from home because of his work. 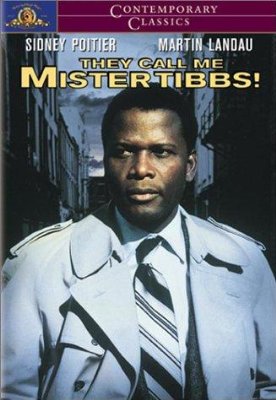 The main story arc is a murder in an apartment building where the prime suspect is a good friend of Tibbs. That friend is also a minister of unknown denomination and a political activist. He leads the charge for proposition No. 4. Whatever that might be.

From the opening credits, to the slow start, to the cheesy look, the film felt like a TV show from the 70s. Further there is nothing terrible interesting or exciting about the story line. No great insights. No great revelations.

I watched the trailer for this film after watching the film. It creates the image of an action piece with lots of excitement. Each bit of film from the trailer was shown in the film, but it's misleading. The pace of the film is so much slower. The action tired and trite. What is interesting is how the trailer was cut and put together. It also reinforces the old adage: don't believe everything you see.