...Jerry Lewis plays it the same way and you might laugh...

t goes likes this. Jerry Lewis has a contract with Paramount that says he has to star in another film, but he doesn't have a script. He needs a script. He sits down with Mel Brooks and some others and they spitball some ideas. They know they want a young audience to come to the theatre and see the film. Let's have a lot of young women in the film. How can we have lots of young women in a film that hasn't been done before? Broadway musical? Nope. All girl school. Too young? Hospital? Been done. I know. There's this large mansion in Hollywood. Lots and lots of rooms. Lets set it up as a boarding house for aspiring actresses. That way they're together and they're young and beautiful and, what?, it's been done! Oh, well, we'll do it again. 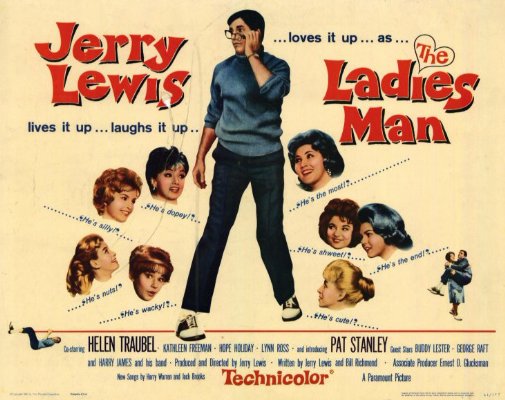 Jerry Lewis can play the dumb, humble houseboy. I can be cleaning some priceless figurines and they all shatter and crash into pieces on the floor. That'll work.

Did I forget anything?

Nope, I think that covers it all.