...there has to be a better word than non-linear, non-chronological...

very time I start to write one of these movie commentaries, I wonder what am I going to write about. What should I focus on? What is important about this film? What worked? What didn't work? What is the film about? I probably go through the same list of questions and thoughts and then start writing.

There doesn't seem to be a right or way to do it, but somehow I don't believe that. There is probably a science to writing a movie commentary. (I don't write movie reviews.) You would think after writing some two hundred plus of these commentaries, I'd have found an answer. Nope. It always starts with what am I going to say about this movie and the answer is: I'm not sure. 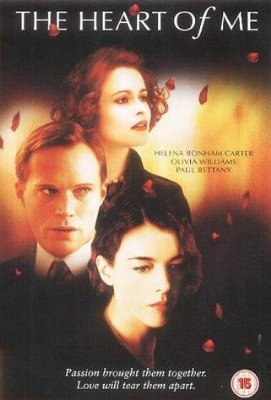 I guess you can figure I'm not sure what to say about his film. Too many thoughts vying for focus and condensation, for structure. Writing is rarely easy.

But onto this film. There's the story and the way in which it's told. That seems important. There are two sisters. Rick is married to one of them but in love with the other. It doesn't take long for a love affair to blossom into a pregnant sister-in-law.

There's a moment in Act I that says it all. A crowd of people have gathered for a New Year's Eve party. Lots of monied people all dressed up. Dinah, our single sister, excuses herself to go outside as midnight approaches. Not long after, Rick the brother-in-law, follows. Outside they kiss, and well, have sex in the park while inside his wife looks around alone and embarrassed.

Since it's a period piece, an historical film, that seems important to mention. All those costumes and old cars and pouring whisky from decanters. Of course, at some point, a film made about 2009 will be a period piece.

I should mention there was a beginning, middle and end. That was very clear. Sort of.

Handling exposition is always an issue in crafting a screenplay. As a viewer, we can only learn about the characters and story by what we see on the screen and what we hear. This film takes an easy approach to exposition. It ignores it. It reminds me of David Mamet and in particular his film SPARTAN. The characters behave and talk as if they are living. It should be that way provided we know what is going on. For the longest time, I was never certain if Rick was Dinah's sister or sister-in-law. At first I certain, it was sister-in-law, then no, there was major twist and reveal that she was his sister, then back the other way. We shouldn't be left in the dark about such issues, but the film wants to toy with us, to spoon feed us information the characters have long since known. That's annoying.

The film is entirely about this husband and father who is in love with his wife's sister. There is no question it's about love, not a fling or brief affair. We never learn why he married the one sister and not the other. That happened before the film started and this film doesn't want to deal with backstory. As I think about it, I'd like to know the answer to that question. Why did he marry a woman he didn't love and she didn't love him. Since the film is based on a novel, perhaps we can find the answer there.

The technique and structure. Since love triangles and love affairs are a staple of stories, the question to answer in crafting this story: how to make if different. The answer. Be oblique. Withhold information in an attempt to raise questions and suspense. Plus, hack up the story line. Start in the present, 1934, and move forward to 1946. Then jump back. Then after awhile jump forward where we know this but not that. We're forced to make assumptions which turn out to be wrong. Then jump back. Then forward again. Keep jumping back and forth in time to screw up our senses and notions about what each characters knows etc. I wish there was a word to describe such a storyline. I suspect there is one and I'm ignorant about it. Non-linear or non-chronological just doesn't roll off the tongue with any poetry. I'm also hoping there isn't such a word and I can make one up. I think it should be a Germanic word. A word like schadenfreude.

Finally the plot relies on aspects of life that would make the plot impossible today, it's set in the period it is. For example, once the affair is out in the open, the mother and sister conspire to lie to Rick and Dinah. The mother tells Rick, Dinah has left the country therefore go back to your wife. The sister tells Dinah her husband is still recovering at home and needs rest to recover. Both are telling the love interests to stay away and they believe it and were duped. Given the height of technology today, it would be hard to pull off hence a period piece.

Does it matter that both sisters appear naked in this film? No. But I suppose for some that variable fits into the calculus: "Naked women, good."