...another non-linear non-sense film that is supposedly profound but isn't...

t what point did a confusing narrative become great story telling? I am amazed at how people have been duped by this film. (And others like it).

I have no issue with the actors or their performances. It's entirely with the filmmakers. Their idea of a great story is to present a middle-aged man in angst for reasons we don't know. Somehow his bizarre behaviour, as a result, is great cinema, great storytelling, but we have no idea where he's been or where he's going and therefore it's meaningless. 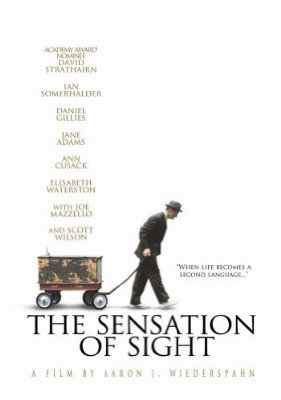 The linear narrative of the story is straightforward. A high school teacher (our so-called hero Finn) stands in a class room with a student. One on one. The student pulls out a pistol, shoves it into his mouth and kills himself. The teacher is screwed up as a result.

The filmmakers don't want you to know that. No. They want to fuck with your mind as if they have profound things to pronounce. As if figuring out why this guy is fucked up is suspense. Tell us why and show us how to solve it. That is storytelling. That is something I'm interested in.

Instead, they present a screwed-up middle-aged man who pulls around a child's wagon in a small town. I suppose we're supposed to wonder why, but we don't care because we know nothing about him.

I expected a great deal more from this film then some ghost haunting. I suppose it's not suppose to be literal yet that how's they show it--the wordless young man in his black suit who shadows people. We seem him, but the characters can't.

Ghosts don't exist. They simply don't. But the "ghost" in this film is the suicide asshole. In order words, we're haunted by past events. The ghost is simply our inability to move on and live in the present. Things from the past, at times, consume our present thoughts. It happens. But why hide that fact? Show it. Show the teacher as normal. Show the suicide. Show the reaction. Show the breakdown. And so on.

Instead the filmmakers present this muddled mess that doesn't engage because we see n number of characters living in a void, behaving without context. Who are they? What do they want? We ask these questions and when we get no response, we give up.

If you want to see a non-linear film that works see Richard Donen's TWO FOR THE ROAD with Audrey Hepburn and Albert Finney. It's an engaging film that works from start to finish and while it's non-linear, there's still a three-act structure to it complete with suspense.